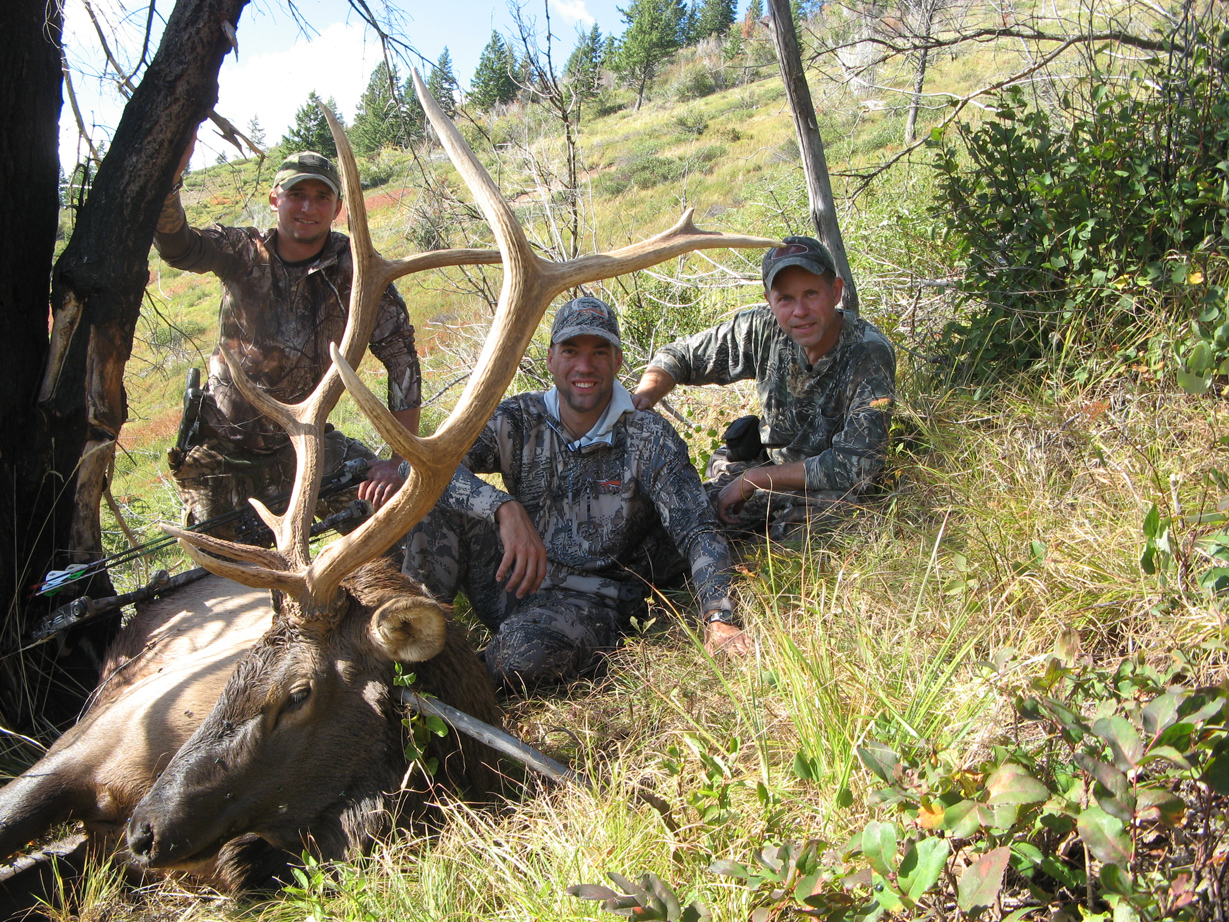 We drove to a mountain we had hunted two days previous when we had one of our closest encounters of the week with a bull. We walked in about a mile and the mountains sounded like everything I had been hoping for. There were multiple bugles from approximately 7-8 different bulls. Three were in the same cut below us. We moved as close as we felt comfortable to one screaming bull and guessed we were within 200 yards. We quickly set up in front of a small pine and the two guides moved above us about 30 yards to start calling and rattling.  I couldn’t have dreamed the next scene any better. We had been set up for just a few minutes when I saw the bull running up the mountain, out of the fog right below us. I was completely awestruck at how easily he covered the vertical feet and closed the distance.  I took some deep breaths to calm myself and when he was behind some brush at 50 yards I drew my bow. He took a few more steps, let out a loud bugle and stopped in a clearing broadside at 35 yards.  The Elite hit its mark and the bull ran off about 100 yards and died. I just had the highest adrenaline rush of my life and I was instantly addicted.

Reflecting back on all the hard work, sore muscles and aching feet, the reward was still more than worth the effort. I would do it all over again. In fact, we hadn’t even made it home and we were already planning next year’s hunt.